Before you know it I’ll be 30…I had a lot to think about when I was away this week, like coming to terms with growing older and the frailty of life.  I can try to escape the external influences in my life but that won’t help and well, I just have to face them.   Last week I found out that my dear mom had surgery on her knee and I knew I wanted to be by her side.

To this day even with brooms and mops she still gets on her knees and uses her elbow grease to scrub the floors.  It’s definitely the good old fashion way but it’s also a very slippery one.  It only took one misstep, a loud yelp, and a few screws later… Thank the heavens to bits and pieces that my brother was home to take her to the hospital.  It broke my heart to see the iodine that still stained her skin…not to mention the staples but I was happy to be near her.

I left San Francisco as it welcomed winds and a very strong storm.

As you enter into the world of the vast unknown you realize that to gain momentum you MUST  keep your head high, your goals gleaming like bright beams of light and your inspiration tickling you, wherever you are.  GO.  I’ve said it before…just go.  I’ve managed to keep my sights set on my family and my future…I just have to keep on cooking.

I thought I could be a private chef and work in a kitchen part-time.  I thought…

I was wrong.  I have struggled since I left Zuni Cafe to pursue my personal chef duties and made the mistake of trying to work at another restaurant part-time, whilst maintaining a relationship.  Wrong.  So as my client list grows so does my anxiety, and it looks like there is no half-steppin’ over here.  Maybe toddler steps. No, Maybe teenage steps…No taking grandiose steps into the world with a machete to hack through those bushes…with slight trepidation but also with the vigor and curiosity of youth.  I imagine myself wearing a cool flowy blouse, wedges, and cargo style capris while doing so.  Freelance isn’t gonna be easy.

I felt panic, and uncertainty to having a job when I got back to San Francisco…an uncertainty and imbalance with myself and my career. Did I just jeopardize my livelihood by asking for time off so early with this new line cook position?  I assume anyone with a new job would hesitate to ask for the time off, but I just had to.  There was a communication error down the management line and now I must say Au Revoir.

I can’t panic I can’t shake I can’t wiggle out of this and I certainly won’t allow anger and resentment to creep its lowly head into my thoughts.

But I’ll tell you what was easy; seeing my nieces.  This really made me realize that maybe just maybe certain things happen for a reason.  Timing… I am a firm believer in the signs that the universe gives…it will give…and it also will take.   It’s like a pointer finger going “You hey you yes you, I’m talking to you”. It was really great back in Southern California…hearing my nieces giggle with excitement, making cookies and pancakes; playing board games, acting silly, and just talking.  Yet always it goes back to cooking and one of the greatest moments this past week was actually cooking Vietnamese food for my healing mom.  As she slowly hobbled over to the kitchen island she smiled a bit when she saw that I was cooking her chicken and rice porridge.   “Oh wow Bery gud…” 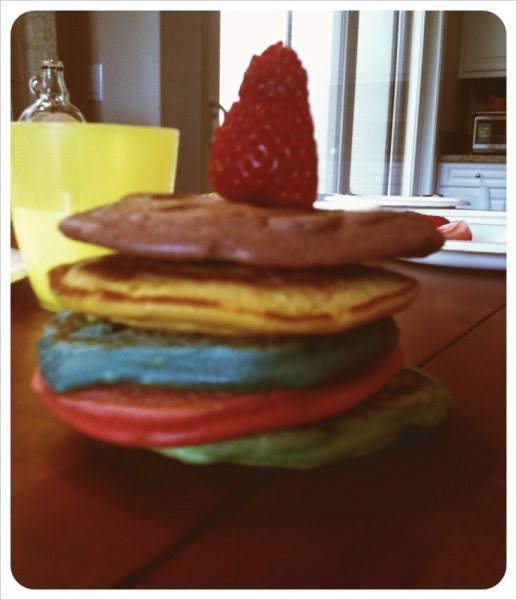 The times when I laid sickly in bed she would heal me with her chicken porridge w/ginger and I now also cook it for Daniel when he is sick.   She looks at the scars on my arms and clicks her tongue with disagreement, and if it was up to her I would be a doctor by now.   My mom small but oh so resilient.  Her hair a bit disheveled her skin soft, her frame petite and her demeanor inquisitive.  It still surprises me that she still has to ask me why I cook…sort of like a broken record she insists on luring me away from the fire.  Actually, it’s just her asking question after question trying to understand why I love cooking so much.   I kept on chopping garlic, smile and began to tell her my stories…

I tell her stories… stories of the times that I spent cooking at home by myself, and how much experimentation was going on at home during Elementary, Jr. High through High School.   It was in college that I really started to cook.   She knows about the joys I had with my dad when we went to our weekly lunches,  she knew about my obsessions with cooking shows on PBS,  she knew how much I loved to eat.   Yet she decided that it was only a phase.  She still doesn’t understand why a girl like me cooks for a living.  My hope is that she is equally excited for me as she is proud.

I just tell her how wonderful it is to cook and how it makes me feel to cook for her after all those years of her cooking for me.   I show her with her recipe/my chicken porridge, or with her recipe/my Ginger Lemon grass Chicken.  In her small Vietnamese mom voice she says, “Ngon wah”.  But with this change, it once again brings me to a happier tale of confidence lost (maybe in limbo) and re-found.  Clutching onto this thing called life…I loosely release the pressure of my grip and with my Red Ben Simons on I gingerly walk to more personal chef challenges. 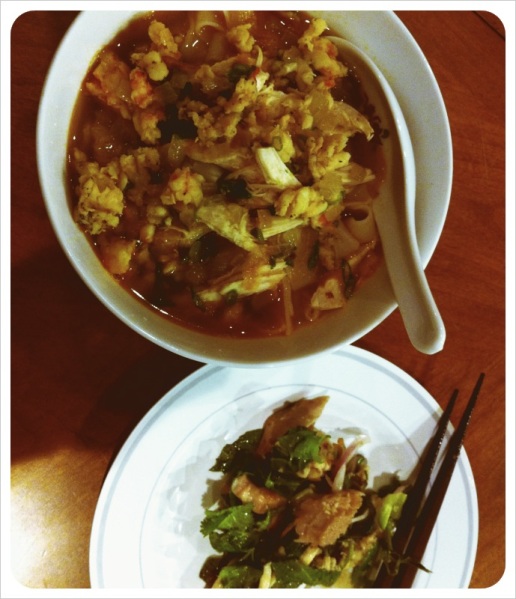 I left Southern California to a windy and horrible storm…and came back to a calmer San Francisco.

I should say I am happy but it seems like I might jinx things by saying so.  All is good and great until there is another detour… Until then I will rejoice in the glories and the pains that enrich and enlivens me every day.

2 thoughts on “It Ain’t So Bad…This Thing Called Life.”